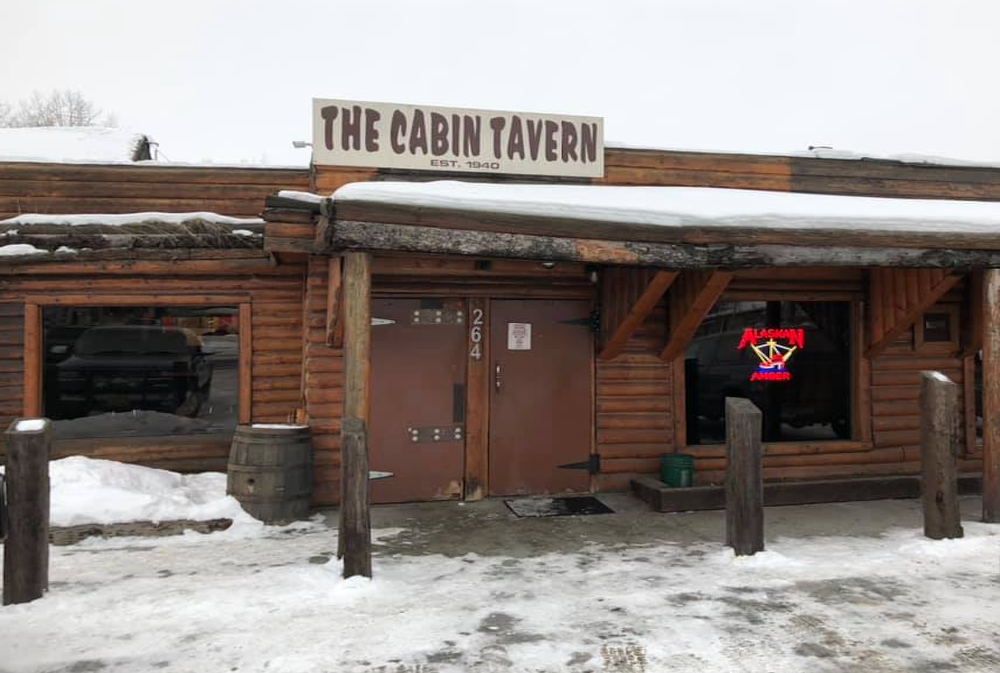 If you’re just passing through Alaska, you’re either on vacation or running from the law. That’s why patrons at the Cabin Tavern in Anchorage, Alaska, usually go by their first names or nicknames—several of which were undoubtedly assigned by the FBI’s Witness Protection program.

Alaska is a well-known drinking state. Their motto is “North to the Future,” which sounds more like a toast than a state slogan. In fact, they’re #8 on the national list with every Alaskan (21 or older) consuming almost three gallons of booze annually. These stats must relate to the consumption of distilled spirits only, because if it’s beer, three gallons sounds like a routine weekend. Did Juneauknow that interesting factoid? (By the way, New Hampshire is #1 on this dubious list, doubling Alaska’s number every year.)

A big attraction of the Cabin Tavern is its patrons. Dive bar tourists never stay around long enough to become friends with the locals, but many of us do like to meet interesting people and there is no shortage of them here. Everyone allegedly gets along really well at the Cabin Tavern, even though they’re from completely different worlds.

The place is frequented by military types from nearby Fort Richardson and a handful of outdoorsy types, hunters, anglers, a few crusty old bikers, cross country skiers, dog mushers, and college students from the University of Anchorage. (The latter must be a serious party school because their graduation rate is less than 25%).

Established in 1940, the Cabin Tavern is a historic landmark with a moss “living” roof that occasionally needs a trim. People often comment about the place’s uneven floors and sassy bartenders, who aren’t afraid to remind people that tipping is not the name of a city in China.

One legendary bartender at the Cabin Tavern won Best Bartender of the Year from the Anchorage Press a few years back. With “the mouth of a sailor and the face of a mermaid,” Aja Griffin is representative of the entire staff. For that reason, the Cabin Tavern is not suited for the whole family, unless you want your kids to learn new words to share at recess.

With a couple dart boards, several TVs playing sports, and the bar’s mutt mascot dog on the job, this place is often packed, especially on the weekends. Check out the cabin-like memorabilia on the walls, much of it more weathered than the oldest customer in the joint. It’s clear this place has a story (or two). With music coming from a jukebox and 24/7 free popcorn, there is something for just about everyone at the Cabin Tavern.

The one drink that truly stands out at this dive bar is their “out-of-the-box” Bloody Mary with string cheese, a jerky stick, pickled asparagus and olives. Who needs lunch after a few of these beauties? Get your veggies, dairy and animal protein all in one complete meal at the Cabin Tavern!

Be sure to try: The Bloody Mary 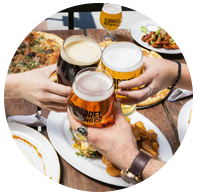